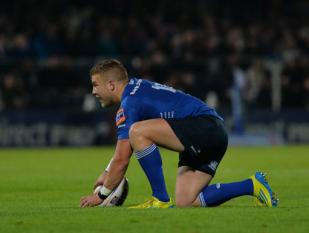 Plucky Connacht narrowly succumbed to Gloucester on Good Friday night, thus ending their European adventure for this season. Although the away team produced a late rally in a desperate bid to overturn the fourteen-nil interval deficit, the Oirish team just left themselves a little too much to do against a resolute Gloucester defence.

Fortunately for Leinster, they were gifted five penalties in the first half by sloppy Bath, all of which were converted by the reliable Ian Madigan, leaving Leinster with the comfortable cushion of a 15-5 interval lead. The hosts also capitalised upon the first-half sin-binning of England’s Anthony Watson for a dangerous tackle upon an airborne Rob Kearney. Ultimately, the home team held on grimly to their small margin and were outscored by two tries to nil. They now face the mighty Toulon in France on Sunday the 19th of April at 15:15, in the semi-finals. This is a bigger challenge than tackling Bath at home. One can only hope that the bigger the challenge, the greater the performance. Otherwise Leinster will be bidding an ‘au revoir’ to the tournament. At least the men in blue can congratulate themselves on defeating three notable English teams en route to the last four, namely Harlequins, Wasps, and finally Bath.

Oh and finally, a best of luck should be allocated to Saracens of England. Having watched the formidable Clermont Auvergne dismantle Northampton so mercilessly, Saracens will need all the good fortune that they can muster. Anything other than a double for the French clubs in the last four will represent something of a surprise – a major surprise!

The results for the two Irish provinces were as follows: